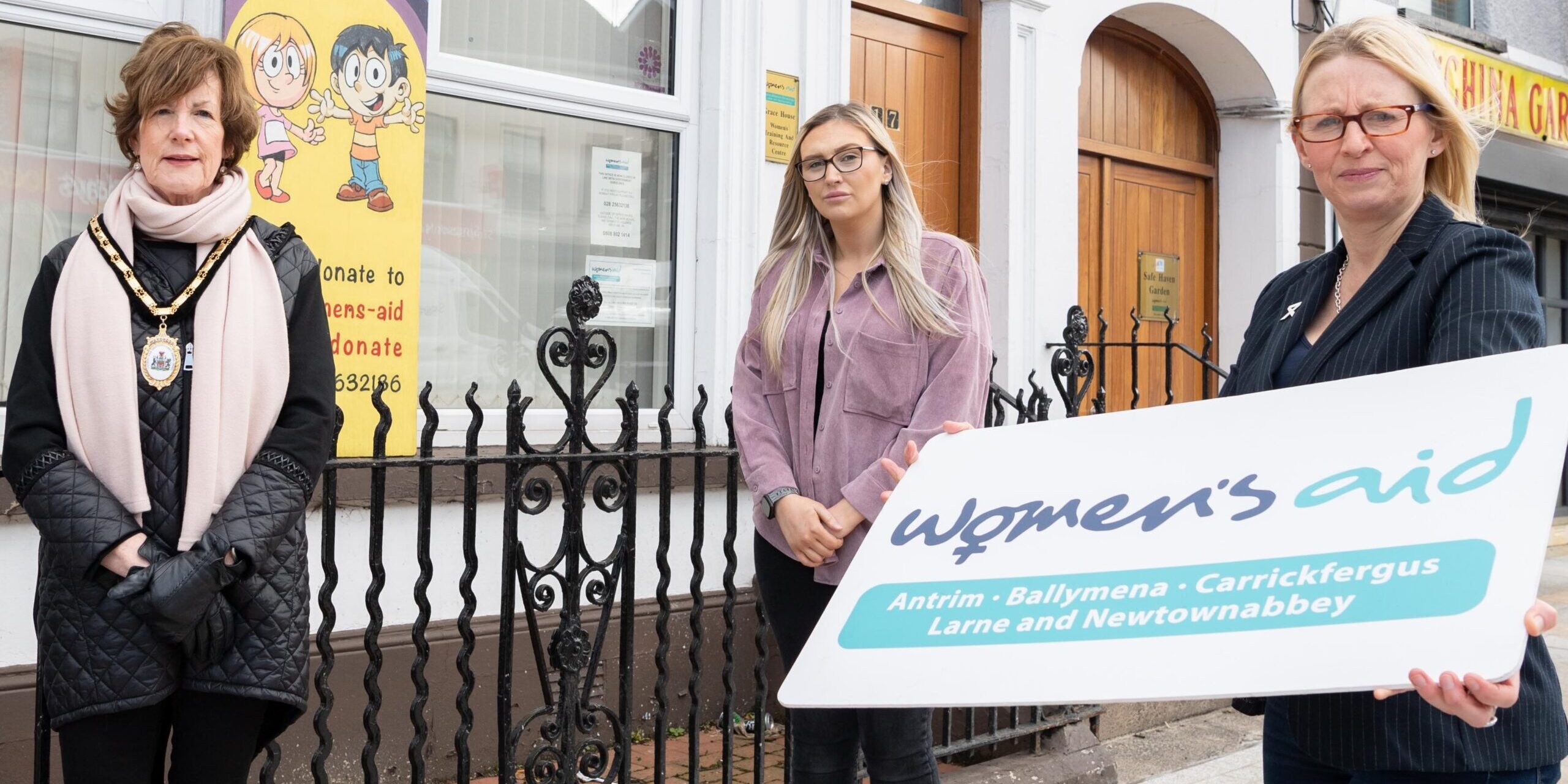 Women’s Aid ABCLN welcomes the announcement that the NI Executive has committed to develop a ‘Violence Against Women and Girls Strategy’ in Northern Ireland.

It comes in response to calls for action, as eight women have lost their lives in lockdown in Northern Ireland due to domestic abuse incidents in the last year.

Antrim and Newtownabbey Deputy Mayor and Women’s Aid ABCLN Ambassador Noreen McClelland says “Our thoughts and prayers are with the families and friends of all those women.”

Earlier this month Antrim and Newtownabbey Policing and Community Safety Partnership (PCSP) launched a new Domestic Abuse awareness raising campaign ‘Domestic Abuse – It is Never OK’. Cllr McClelland says “We are the only part of the UK that does not recognise the gendered nature of violence against women and girls. We stand together with all victims of domestic abuse.”

Women’s Aid ABCLN Communications and Engagement Manger, Arlene Creighton says “One in four women will experience domestic abuse in their lifetime. In Northern Ireland 31,817 domestic abuse incidents were recorded in 2019-2020. This equates to one incident of domestic abuse every 17 minutes.”

Women’s Aid ABCLN encourages groups and individuals across Northern Ireland to take action by supporting the White Ribbon campaign and making the personal pledge to never commit, condone or remain silent about violence against women.

Over the past year our campaign has been supported by the Chief Constable, PSNI and Department of Justice. Health Minister, Robin Swann MLA signed the White Ribbon Charter at the height of lockdown, making his personal pledge to never commit, condone or remain silent about violence against women and girl, and this was followed by the Ulster Unionist Party, Alliance Party, SDLP and DUP including First Minister Arlene Foster.

Arlene Creighton says “We are delighted that all parties in the NI Executive have shown their unanimous support for development of a Violence Against Women and Girls strategy”.

Domestic abuse can affect women at any stage of their life. Last year Women’s Aid ABCLN supported 1,674 women and 2,313 children living with domestic abuse in our local community, including 51 children in our refuge. 30% of domestic abuse begins in pregnancy and last year eleven babies were born to Women’s Aid refuges across Northern Ireland.

“Our ‘Older But No Safer’ project aims to raise awareness of the issues faced by older women affected by domestic abuse. Older women tell us that they may be older but they are no safer and it’s never too late to get help.”

“Of the eight women who lost their lives in lockdown, the youngest women was 20 and the oldest women, from Larne was aged 82.”

“Together with Antrim and Newtownabbey PCSP we want to get the message out there anyone affected by domestic abuse that help is available. Domestic abuse cannot be tolerated in our society. Thank you to all who stand with us on this issue.”