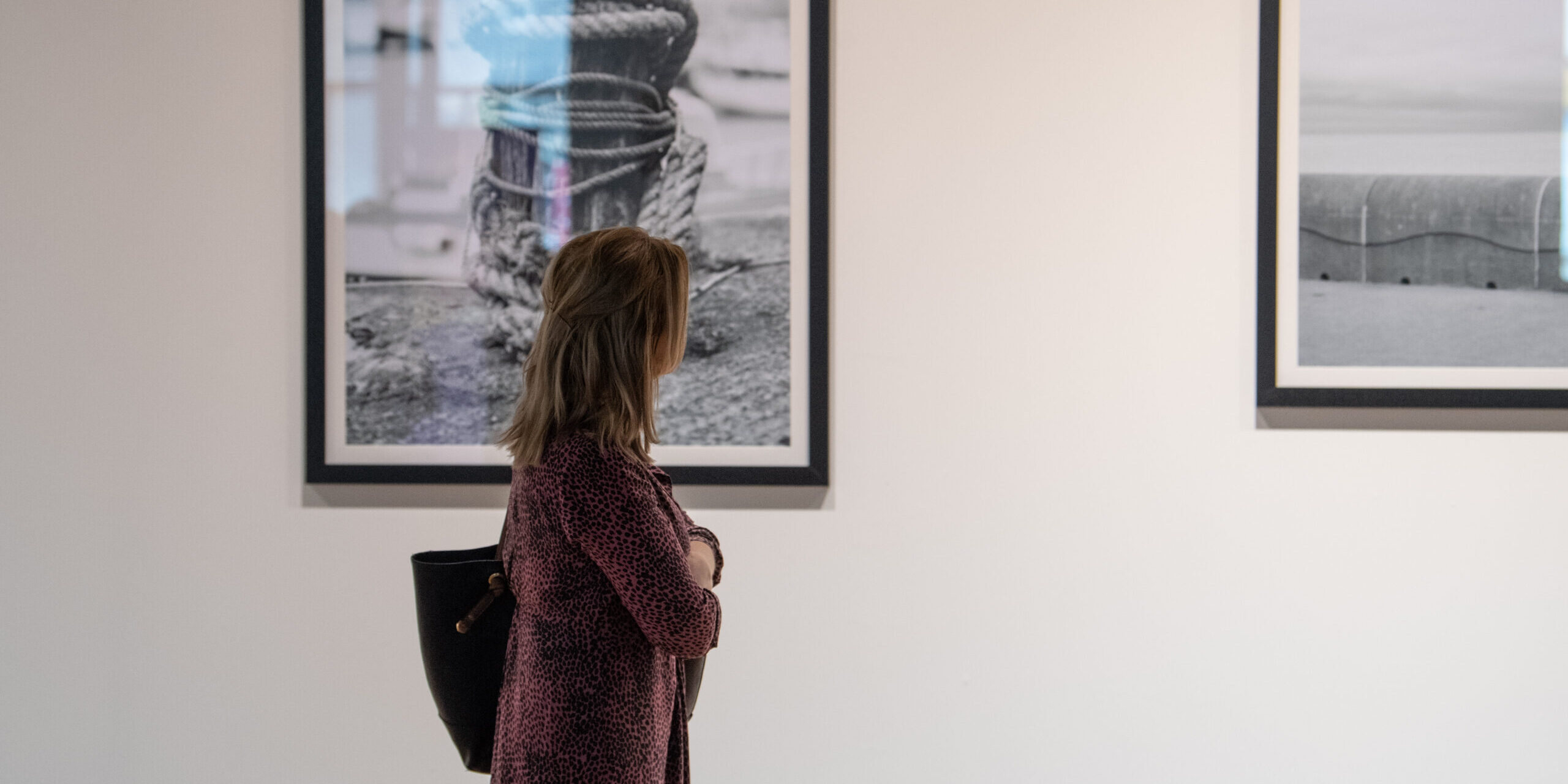 Women’s Aid ABCLN and Spark Opera’s ‘It’s Never Too Late’ Exhibition exploring the voices and lived experience of older women affected by domestic abuse through art was launched this week at The Junction Retail and Leisure Park, Antrim.

Speaking at the launch, Deputy Mayor Cllr Leah Smyth said “It has been amazing to see all the different pieces of art and hear the women’s stories behind them. The piece that struck me the most was the broken mirror. I was truly lost for words.”

“The vision for this piece was a woman looking in the mirror and seeing a broken piece of herself, with all the medical supplies that were used to heal her cuts and bruises around her. It really took my breath away.”

Spark Opera, Artistic Director Kate Guelke who curated the exhibition says “With the support of the Arts Council’s Arts and Older People Programme we were able to pilot a model where the participants drove the project forward and artists acted as facilitators, assisting to realise the work.”

“The pieces really stand by themselves. For example, a 10ft dying tree is covered in barbed wire and nails but glistens with earrings. It’s dead inside, but is ‘necessarily’ accessorised.”

“In another, a serene sea view is interrupted by a bin, tainting the scene and a further piece shows a dancer controlled from the inside, her every movement dictated by a negative introject.”

“Another shows years of X-rayed diary entries reveal normalised abuse, which is part of the pattern of daily life.”

“These are pieces which explore the experiences with unerring honesty. Self-image distorted by coercive control and gaslighting is a shared theme. The artists chose the title for their group exhibit accordingly — it’s called ‘Through A Glass Darkly’.”

Women’s Aid ABCLN has a long track record of working with the creative arts community in Northern Ireland to raise awareness about domestic abuse and CEO, Rosemary Magill says “We are incredibly proud of this unique installation of new works.”

“The project is supported by the Arts Council of Northern Ireland’s Arts and Older People Programme, with funding from The National Lottery, Public Health Agency and The Baring Foundation.”

Rosemary added “We want to thank to Arts Council for Northern Ireland, Spark Opera Productions and The Junction Retail and Leisure Park for their unstinting support.”

“Women’s Aid ABCLN’s Older But No Safe project works with older women and communities to increase awareness about domestic abuse and provide greater protection for women aged 55 and over.”

“Older women tell us that they may be older, but they are no safer. Through this project we want them to know it’s never too late to get help.”