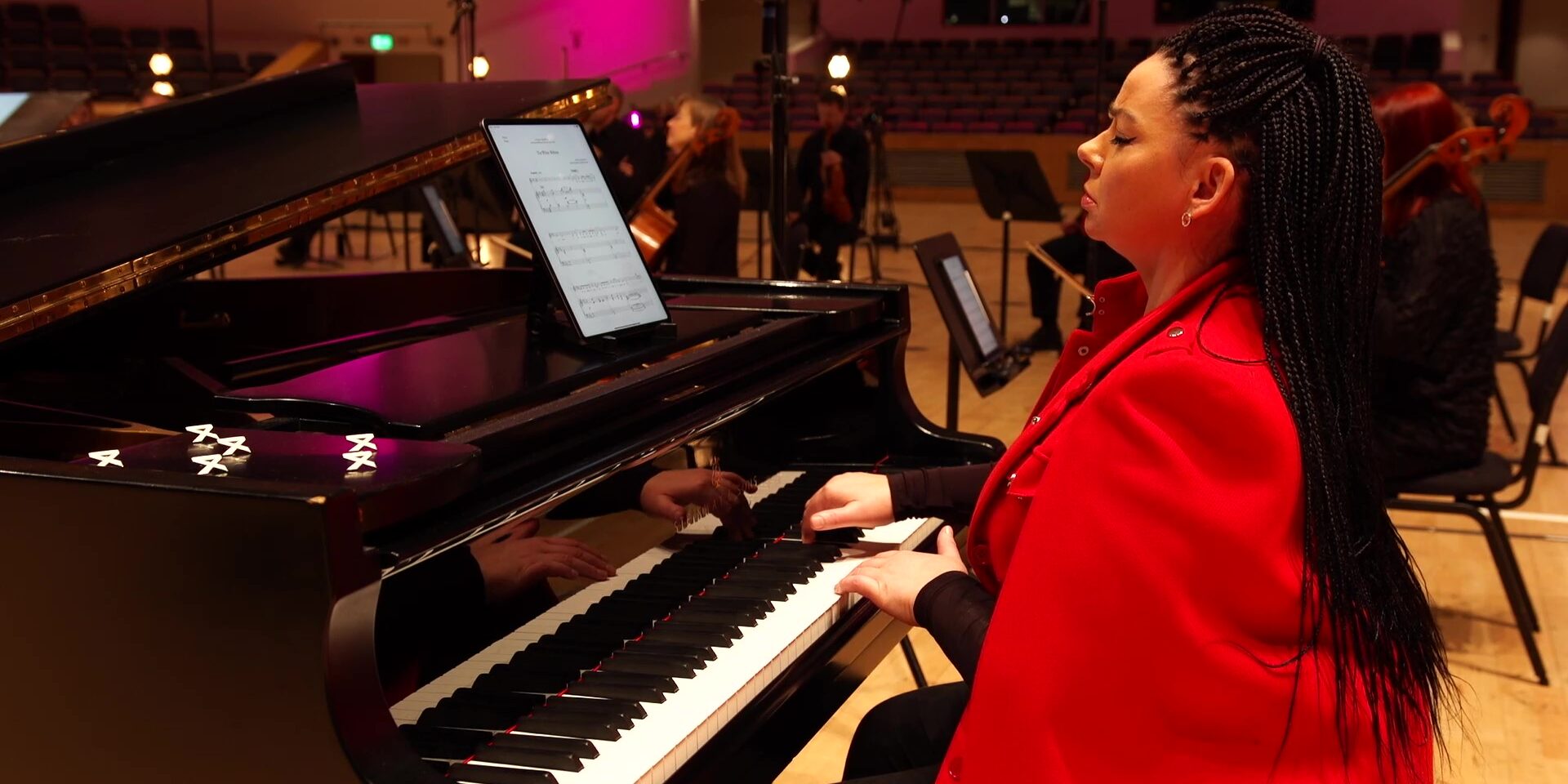 The single, recorded live in the Waterfront Hall with vocalist Jolene O’Hara, Northern Ireland Opera’s Associate Artists and the Ulster Orchestra, will be available to download via Spotify, iTunes and other streaming services from Friday 9th April.

White Ribbon is a global movement to end male violence against women and the ‘White Ribbon’ anthem has been commissioned by Northern Ireland Opera, working jointly with the Ulster Orchestra and Women’s Aid ABCLN, in response to the devastating impact of domestic abuse.

Ruth McGinley has worked alongside women affected by domestic abuse to create the ‘White Ribbon’ anthem. Her own personal experience of domestic abuse can be felt in its powerful and uplifting words.

“Eight women have lost their lives in lockdown in Northern Ireland due to domestic abuse incidents in the last year.  We stand together with all victims of domestic abuse.”

“The anthem has featured on UTV Live and BBC Radio Ulster and has received unanimous recognition and support with its call to end male violence against women and girls. It is our hope that the anthem will strike a chord with the general public.”

“Our thanks go to Northern Ireland Opera and Ulster Orchestra for this unique opportunity and to all the women who have shared their voices and experiences about domestic abuse to create the ‘White Ribbon’ anthem.”

‘White Ribbon’ will be released and available for download and to listen on Spotify, iTunes and other digital media from Friday 9th April with proceeds supporting Women’s Aid ABCLN.