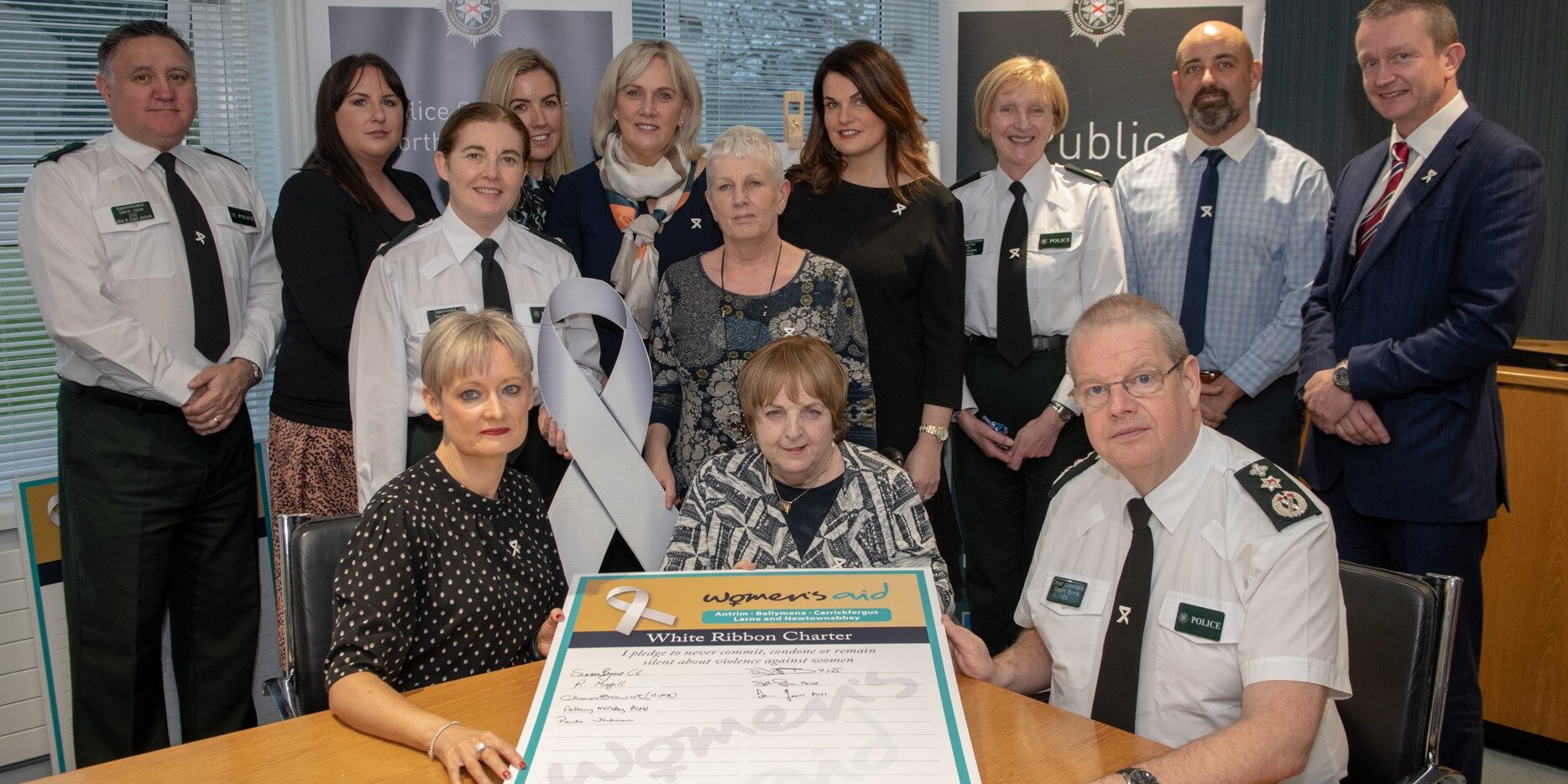 Police now respond to one incident of domestic abuse every 17 minutes across Northern Ireland.

Women’s Aid ABCLN CEO, Rosemary Magill said “With one in four women affected by domestic abuse in their lifetime, staying silent is not an option. Women’s Aid ABCLN works towards a society where domestic violence will not be tolerated, perpetrators will be held to account, and women and children can live free from the fear or threat of abuse.”

“PSNI Officers have taken a lead throughout the campaign to proudly support it and we are delighted that the Chief Constable has made a personal commitment today to sign the White Ribbon Charter and make the pledge to never commit, condone or remain silent about violence against women.”

Chief Constable Simon Byrne said: “Signing the White Ribbon Charter on behalf of the Police Service of Northern Ireland is a great honour for me.  It has provided our organisation with an opportunity to pledge our support to never commit, condone or remain silent about violence against women.

“Unfortunately we know that incidents of domestic abuse in Northern Ireland still go unreported and it is important that we are working along with our colleagues in both the statutory and voluntary sectors to encourage people to come forward and report it.

“Over the next few weeks we will be launching our own Christmas Domestic Abuse campaign reminding people that they do not have to suffer in silence and that they can come forward to report any incident of domestic abuse to police.

“Both of these campaigns will help to raise awareness of this important issue, and will serve as a reminder that there is no hiding place for those who commit acts of Domestic Abuse.”