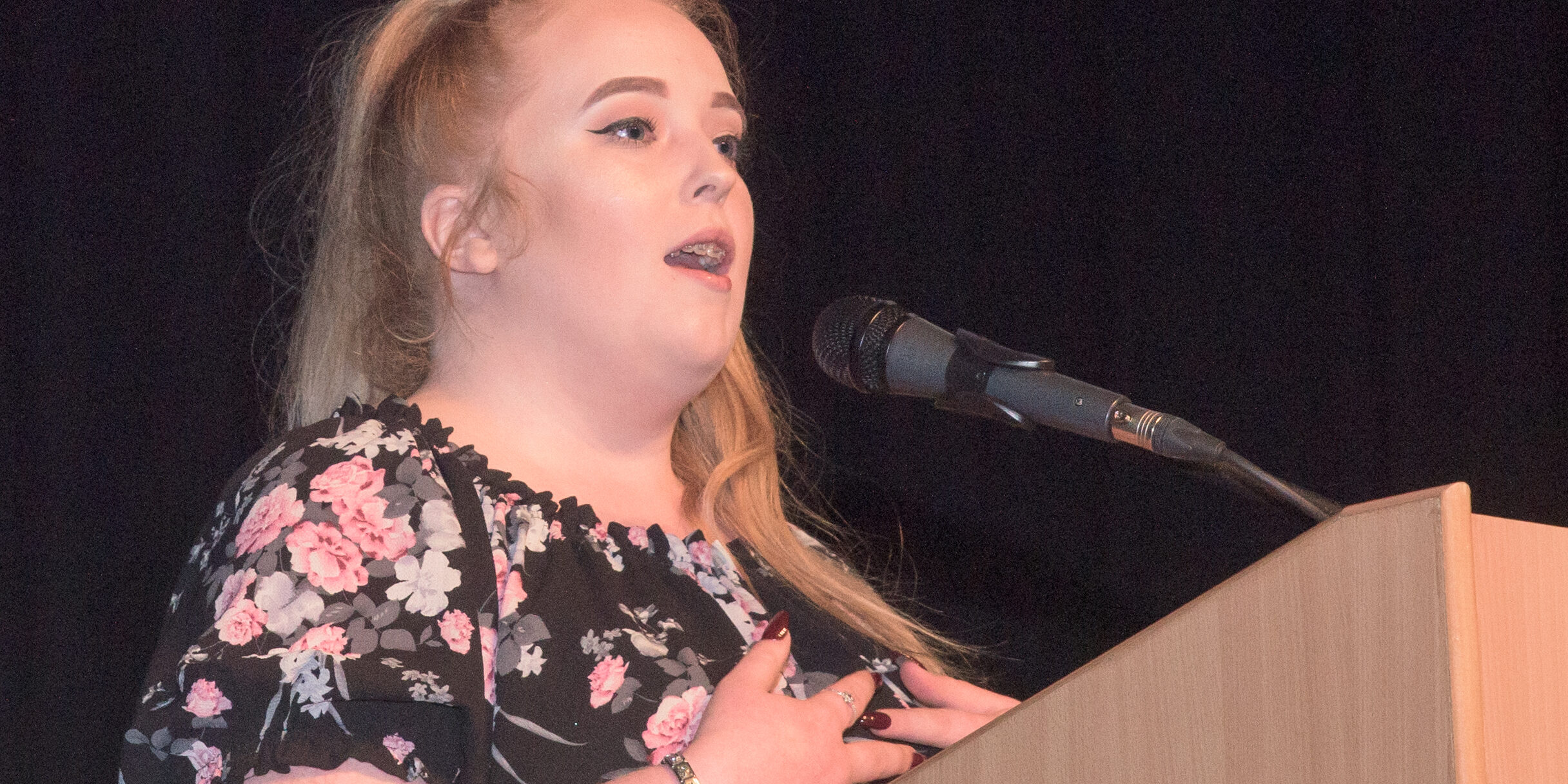 Jessica Leeming aged 20 from Carrickfergus has been recognised with the highest accolade a young person can achieve for social action or humanitarian efforts – The Diana Award.

Established in memory of Diana, Princess of Wales, the Award is given out by the charity of the same name and has the support of both her sons, The Duke of Cambridge and The Duke of Sussex.

Jessica has been involved with Women’s Aid ABCLN since the age of 13 after her passion was sparked watching a presentation about unhealthy relationships. She has undertaken training, gained OCN qualifications and acts as a positive role model to children and young people in the service.

Jessica volunteers with children at ‘Women’s Aid ABCLN Homework Clubs’, with teenagers at the ‘Voices Group’, and is a passionate advocate for children and young people living with domestic abuse. Jessica has also sat on many young person advisory groups and steering groups, and has taken a lead in facilitating healthy relationships programmes for young people.

Tessy Ojo, CEO of The Diana Award, says “We congratulate all our new Diana Award recipients from the UK and all over the globe who are changemakers for their generation. We know by receiving this honour they will inspire more young people to get involved in their communities and begin their own journey as active citizens.”

“For over twenty years The Diana Award has valued and invested in young people encouraging them to continue to make positive change in their communities and lives of others.”

Award recipients have been put forward by adults who know the young people in a professional capacity and recognised their efforts as a positive contribution to society.