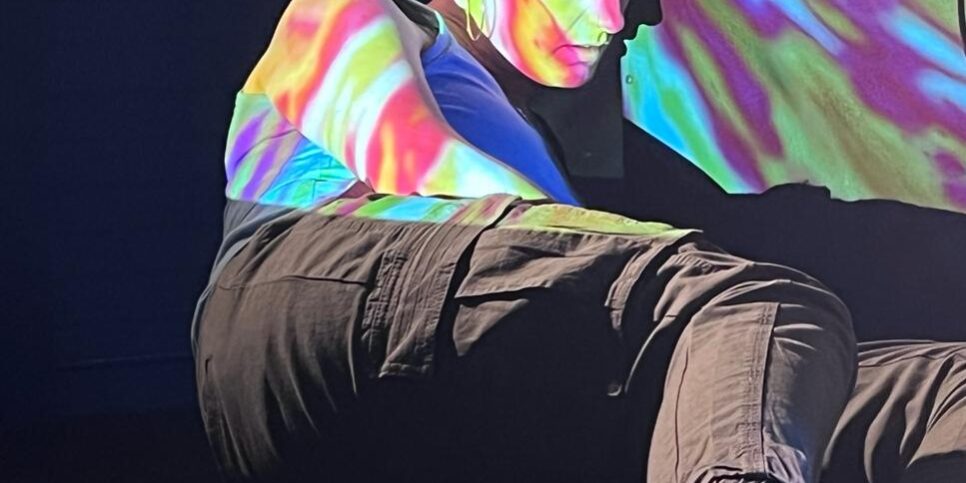 Belfast based c21 Theatre Company has announced a brand-new online play called Brenda’s Baby.  This gripping piece of urban theatre is based on the true story of the struggle of a mother who has her new born taken into care after only five days, due to her drug addiction.  The play, which explores her fight to win her baby back, will be streamed online in June 2022.   A series of workshops will take place in collaboration with Women’s Aid groups across NI and will feature live excerpts from the production.

Written by Tom Rowntree-Finlay and directed by Stephen Kelly, Brenda’s Baby is a redemption story told through the eyes of Brenda played by Rosie McClelland and her grown up son Jacob played by Conor O’Donnell, who also plays a range of other characters.  Brenda’s Baby explores her struggles against drugs, homelessness, a controlling partner, and the social services as she fights to win her baby back.  A mix of poetry and hard-edged flashback scenes will take audiences on a whirlwind journey of Brenda’s life.

The story is based on a true-life experience of a young mother from Belfast. Writer Tom Rowntree-Finlay discovered the story and worked alongside the mother over 18 months to form the basis of the script through several interviews, workshops, script readings and discussions.  The script itself is a fictionalisation of the true-life story.

Continuing with c21’s vision of championing new stories, the company was delighted to work with Tom on bringing Brenda’s Baby to the public.  The content of the piece will help break down the wall of silence that exists around domestic abuse. An urban tale of redemption, the company wanted to highlight that you are not alone, you can overcome, and you can put your life back together.

There will also be a series of workshops carried out throughout Northern Ireland in association with Halifax Foundation NI and Women’s Aid.  The workshops are open to the public and will include live excerpts from the new play alongside a panel discussion.  The aim is to raise awareness on the reality of domestic abuse. Please note that workshops will include some strong language and scenes which may upset.

“c21 Theatre Company is proud to present Brenda’s Baby. Audiences will get a deeper understanding of one mother’s story exploring her fall, her struggle, her fight, and her redemption as she strives to get her baby back. For women in the same position as Brenda we hope the play gives them hope, strength and belief that they are not alone. They can change their lives, escape their situation, find support, break the mould, challenge the statistics, and overcome the system. For everyone else we hope its helps develop empathy for those in Brenda’s situation and a better understanding of the battles they face.”

Caoileann Curry-Thompson, Acting Head of Drama, Arts Council of Northern Ireland, said:
“Thanks to The National Lottery players, c21 Theatre Company is able to create this new online production which shines a light on and creates open discussion around challenging subjects.  The Arts Council of Northern Ireland is pleased to support c21 Theatre Company and welcome their collaboration with Women’s Aid in bringing a series of accompanying workshops across Northern Ireland. Congratulations to all involved.”

Women’s Aid ABCLN Communication and Engagement Manager, Arlene Creighton said:
“We are delighted to join with c21 Theatre Company and Women’s Aid groups across Northern Ireland to take part in these workshops that will challenge myths and assumptions about domestic abuse and breakdown barriers to support.”